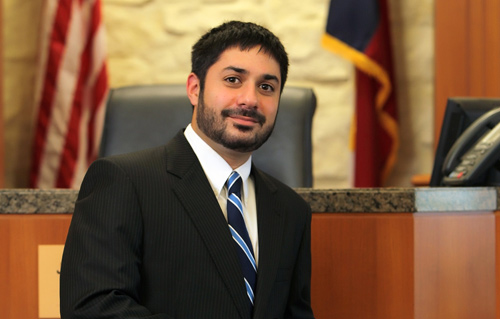 Sean Palavan is a native Houstonian and has been with the firm since 2007.

Mr. Palavan graduated in 2005 from the University of Texas at Austin with a B.S. in Electrical Engineering. He then received his Juris Doctorate from the University of Houston Law Center in 2008, and has been a licensed attorney in Texas since November 2008. Mr. Palavan is licensed to practice before all state courts in Texas, the Federal District Courts for the Southern District of Texas and Western District of Texas, the Fifth Circuit Court of Appeals, and the United States Supreme Court.

Mr. Palavan previously clerked with the Honorable Elizabeth Ray of the 165th Civil District Court. He has tried cases to conclusion at the state district court level and handled multiple civil appeals. His current practice includes personal injury, employment and civil rightsÂ litigation, along with related appellate work. He is also a certified Mediator in the State of Texas.

In 2015, Mr. Palavan achieved his Board Certification in Personal Injury Trial Law from the Texas Board of Legal Specialization.

Since 2020, Mr. Palavan has also been a licensed Texas real estate Sales Agent and REALTOR®